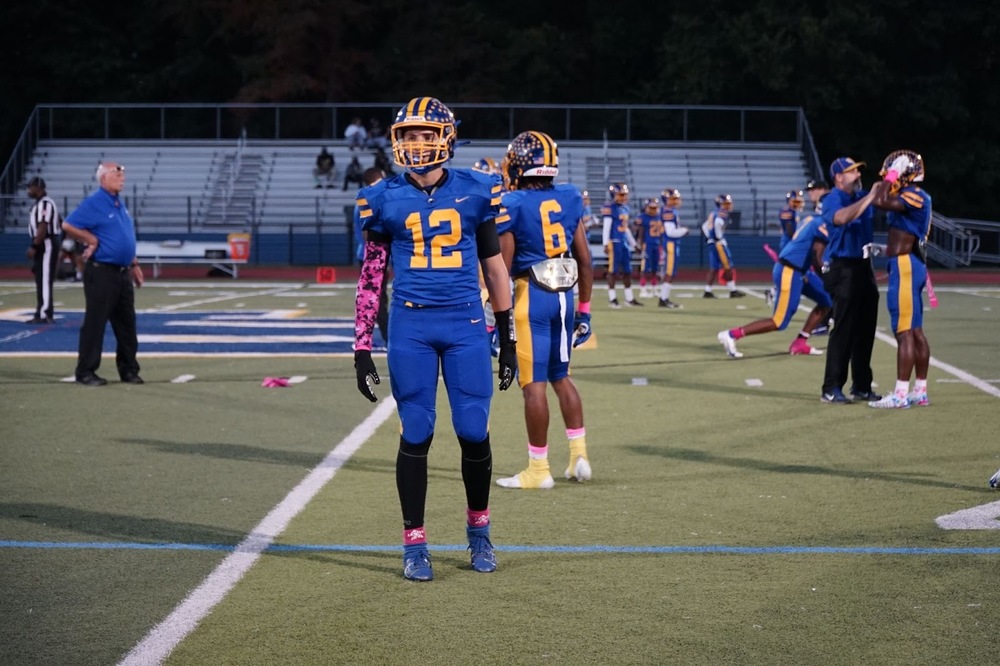 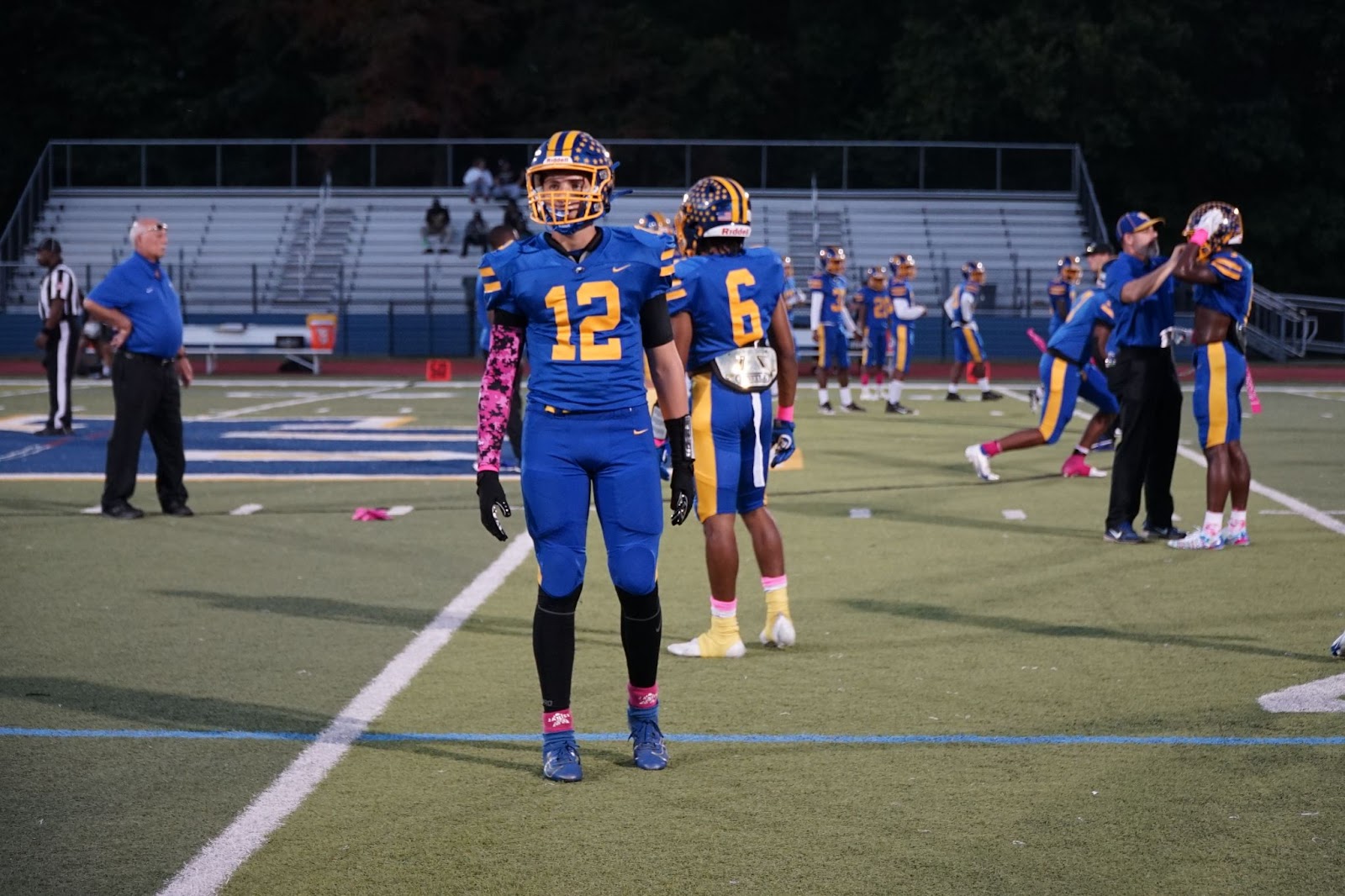 Rebounds are important in any aspect of sports, and the Raiders got a massive rebound tonight after last week’s game that doesn’t need to be mentioned. For years, the St. Joseph Falcons were always a thorn in the side of the Raiders, but for the third time in four years, the Raiders came out on top in a 28-18 Senior Night battle. The Raiders looked like a team ready for the playoffs tonight, and it showed tonight as the defense played Coach Mike Cipot’s schemes to perfection as they forced two interceptions, 5 sacks, and a fumble.

The bleachers were completely packed to the brim even before the game started and it felt as if the team played off of the energy given by the raucous crowd tonight. In what could be Marquis Perry’s final home game during the regular season, he cemented his status as a Raider legend as he took a Jet Sweep into the endzone for his 16th touchdown on the season giving the Raiders a 6-0 lead. Then on the next drive, the other half of the Garbolino duo made his mark on the game as Jack Garbolino intercepted St. Joes QB Christian Solino for his first career Varsity interception on what has already been a stellar rookie campaign for the Freshman. Then, on the very next play, Raiders QB Frank Garbolino threw an interception in the endzone to give St. Joes the ball right back. St. Joes immediately takes this momentum and marches down the field for a touchdown to give them a 7-6 lead. The most impressive part about that play was the 60-yard completion by Solino which had 53 yards of air-time. The Joes defense forced a quick 3-and-out on the Raiders and got the ball back at their own 45 with 6 minutes to play in the 2nd half. With the help of a few nice passes by Solino, the Falcons were able to kick a field goal to give them a 10-6 lead with 4 minutes left.

Then with the help of a 40 yard run from Ashwani Stuart, Garbolino was able to get the team down into scoring range with a 25-yard bullet to Jared Tynes. Then with 2 minutes left in the half, Marquis Perry did his thing and ran in a Jet Sweep for a 13-yard touchdown. 30 seconds after the touchdown, Solino fumbled to give the ball to the Raiders on their own 32-yard line with 1:43 left in the half. The Raiders marched down the field at will and gave way to a Garbolino dart to Jayden Myers for the touchdown and the 20-10 lead. Then on what was supposed to be a Run-Pass Option, the play broke apart and Solino threw another INT to Jack Garbolino to close out the half on an energetic note. Everyone in the crowd could feel the tides turning with that interception as the bleachers were rocking.

The 2nd half was like so many Raiders 2nd halves this season, defensive-minded, with a long and impressive touchdown to wow the crowd. Unsurprisingly, we got that in an Ashwani Stuart 34 yard touchdown run. Outside of a St. Joes garbage time touchdown, that was about it as the Raiders were able to right the ship and get in playoff mode just in time for next week’s massive game against a potent Hillsborough squad. Jack Garbolino knows it’s a big game, especially for the defense as Hillsborough is currently averaging around 35 points per game. He said, “Hillsborough is a great team, but I’m confident in my guys on the defense to step up and make plays in such a crucial game.”

Now it’s time to look ahead to each squad’s future and let’s be honest, it’s pretty cut and dry this week. The Raiders, as previously mentioned, play a very strong Hillsborough team next week in what could very possibly be an airshow for the ages. This game can’t affect the standings in any way but it means a lot from a moral standpoint. St. Joes was eliminated from playoff contention a few weeks ago but their season ends on a 2-5 clip in what was a disappointing season for their standards.