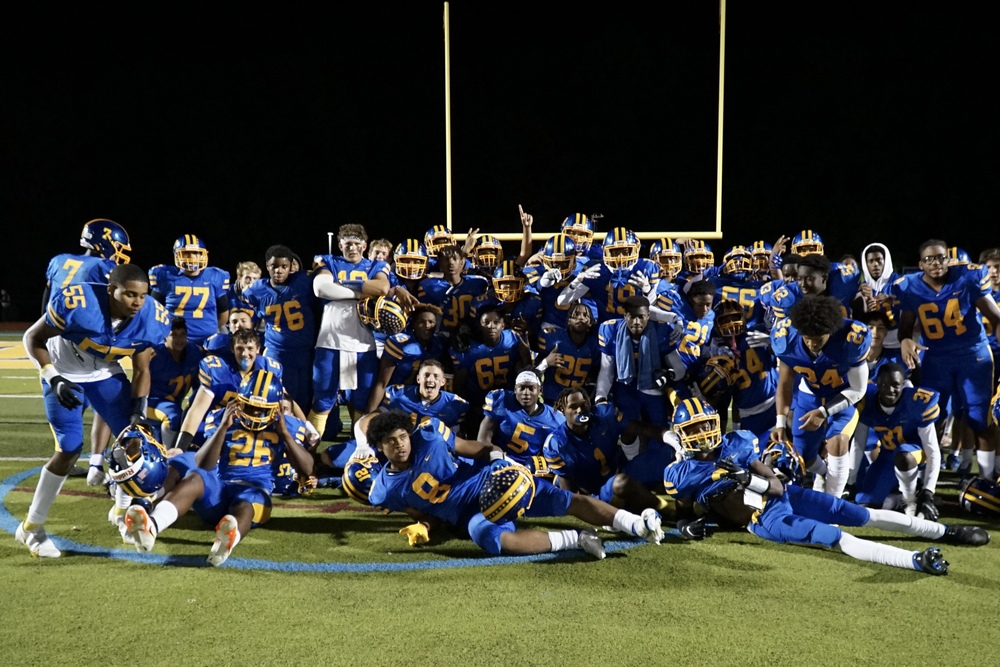 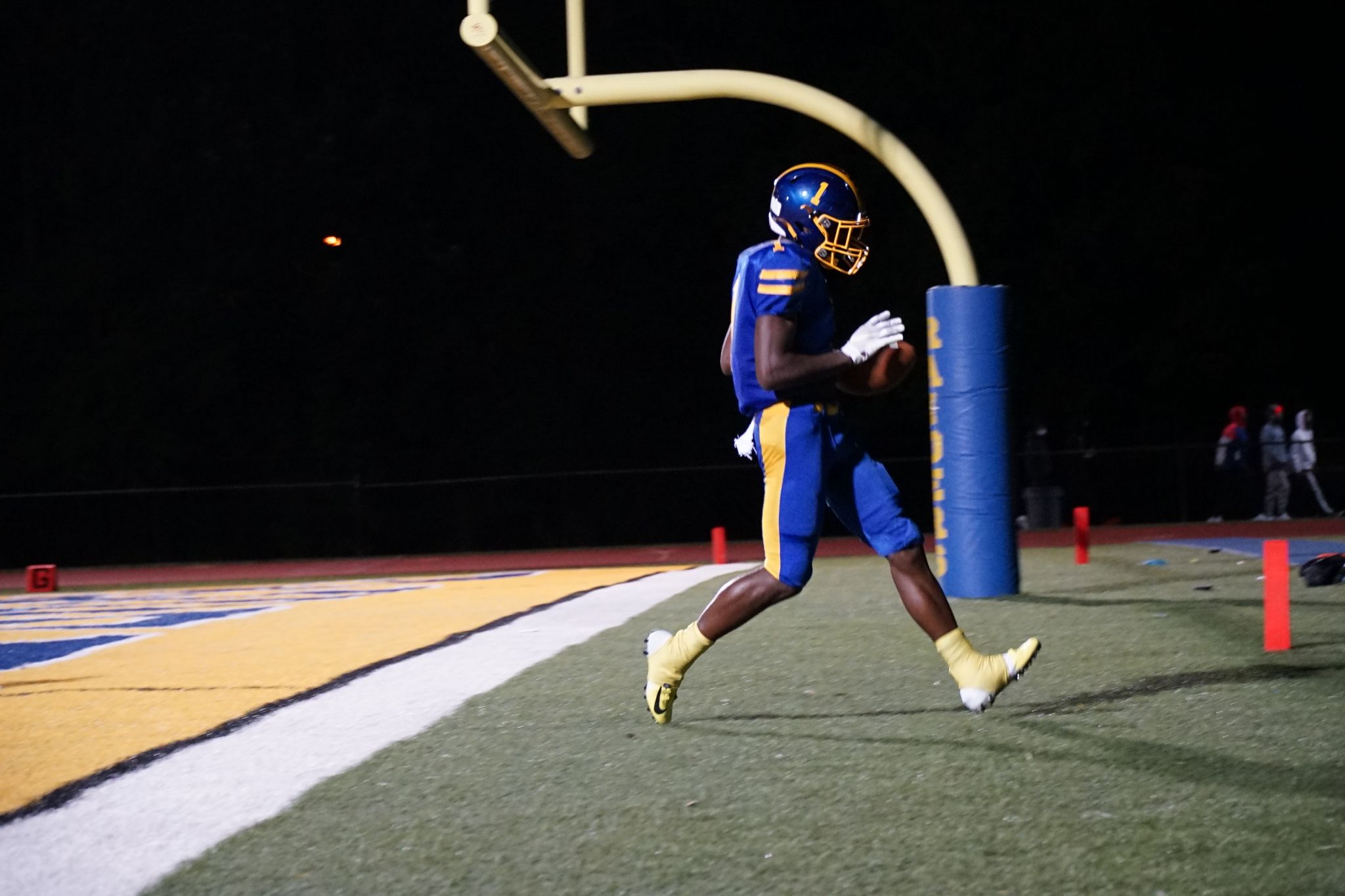 Homecoming is always looked at as the biggest home game for each team. The biggest crowds with the most electrifying fans and plays filling the chilly Friday nights, and tonight was no different. Tonight was another episode of the Marquis Perry show as he had another performance for the ages with 3 touchdown receptions in a blowout of the Piscataway Chiefs 35-7.

The game started with a capacity crowd stuffing the bleachers with fans eager for a show. The Raiders opened up the curtains early as they marched down the field and capped off the opening drive with Frankie Garbolino throwing a dart to Marquis Perry for a touchdown and a 2-point conversion to get the show off and running. The defense was a brick wall all night as Aleks Sitkowski (the sibling of former Rutgers QB Artur Sitkowski) threw a costly interception to William Wilson in prime field position. The show continued when Garbolino hit Jayden Myers in the back of the endzone on a perfect throw and perfect catch to give the Raiders a 15-0 lead. The defense got a key 4th down stop on the very next drive for Piscataway which opened the door for another touchdown pass to Jayden Myers. The curtains closed for halftime and the Homecoming festivities filled up the energetic and amped-up crowd. The energy in the stadium was something that made you take a second and admire the fact that the world is slowly but surely coming back to normal, and a Homecoming, which was the first for some NBTHS students of both 9th and 10th grade, was a sign of good things to come.

The curtains opened again quite quickly into the second half as Garbolino hit Perry on a 10-yard pass that he turned into a 30-yard touchdown in seemingly the blink of an eye to make the game 28-0. 4 minutes later after a Piscataway turnover-on-downs, Perry racked up his 3rd touchdown on one of the most incredible and acrobatic catches in recent memory to give the Raiders a 35-0 lead. The offense went relatively quiet for the rest of the game for both sides with the only action being from a Piscataway kickoff return for a touchdown to make it 35-7, which would end up being the score that closed the curtains on this air-show.

Another big divisional win for the Raiders which places them 0.5 games behind Sayreville in the standings. QB Frankie Garbolino knew it was big and gave a lot of praise to one player, in particular, the star of the show, Marquis Perry. He said “Marquis is an unbelievable athlete, the things he can do with the ball in his hands is game-changing. Having him out there provides an instant advantage for us in every way. He’s an advantage on the field and in the locker room with his leadership day in and day out.” With Friday’s performance under his belt, Perry sits at a remarkable 12 touchdowns through the first 5 games and has a very good chance to break the all-time record for receiving yards, a record that he stands in second for.

So what does the future hold for both of these teams? Well, the Raiders sit with 4 games left, 2 of them being divisional games which will prove crucial for playoff seeding. Frankie Garbolino says that “we just need to take things one game at a time, play by play and now worrying about what’s ahead of us. Stay in the moment and the wins will come.” North Brunswick travels to Edison next week for a game against the 3-2 Eagles who just defeated New Brunswick, 21-7. As for Piscataway, well it’s not ideal. They sit at 0-5 and have a brutal end of the season to deal with as they face Sayreville, Edison, and a very stingy Hillsborough squad. We’ve officially reached crunch time on this season and it’s going to be a lot of fun to see how this tight race shakes out.