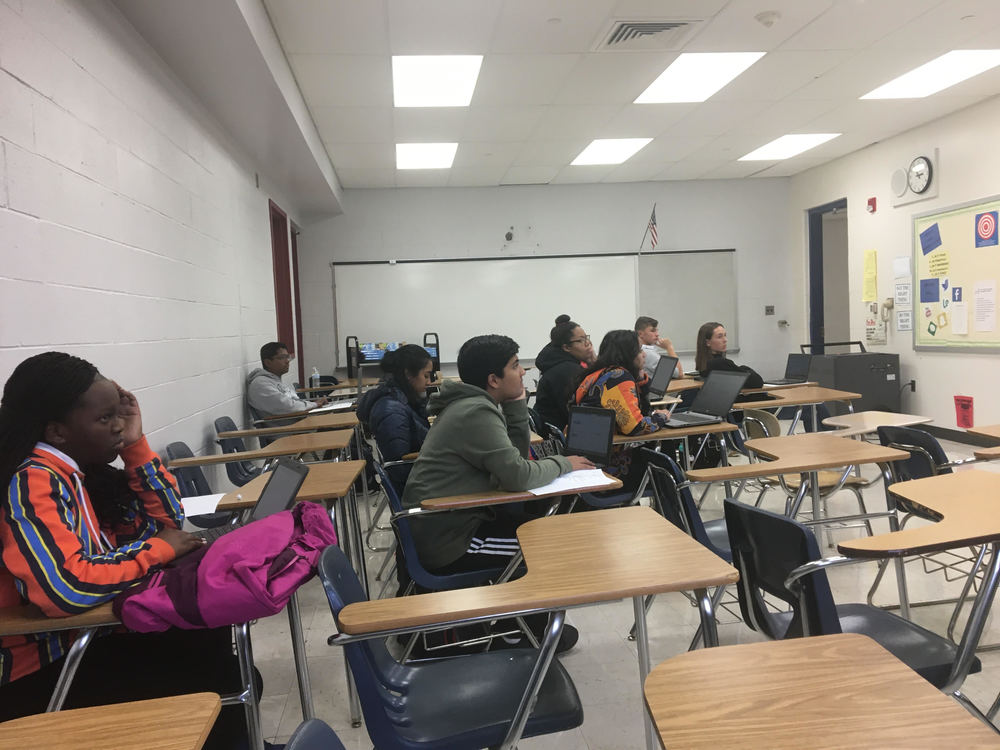 HS Athletic Interns Present at a Board Meeting ​

HS Athletic Interns Present at a Board Meeting

On October 30th, at the North Brunswick Board meeting, some of the Athletic Office Liaisons were able to be recognized for their efforts and show what they do for the school through their internship. Along with Athletic Director Mr. Morrell, students Anthony, Diane, and Akshay, explained what the Athletic Internship was about. By showing some of the screens that have already been made and shown around the High School, the group was able to explain the positive impacts on the school that the TVs have. Then, the students were able to explain some of the visions for the internship, which include sideline interviews and expanding to the middle schools. To conclude, the students were asked questions by members of the Board. When asked about the importance of what they do, the students explained that they are learning real world business skills that can not be replicated in any class. Hopefully, the ambitious visions of the Athletic interns will become reality one day.