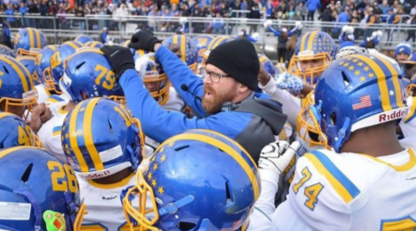 North Brunswick Raiders Varsity football team lead by head coach, Mike Cipot, has had an outstanding season, playing each game better than their last. Going into the season this year the team's primary focus was to see daily improvement in themselves and their abilities, not only as individual players but also as a team on the field. Throughout each practice and game, Cipot motivated his team and staff by stressing that each and every week was important and required everyone to work together and give no less than a hundred and ten percent. The Raiders set out this season to claim the state title, and with each of the player’s hard work and dedication the team has won 7 games and been named the 2019 Greater Middlesex County White Division champions